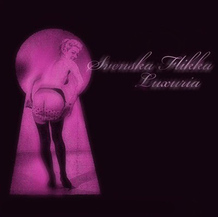 Svenska Flikka is a project born out of Johans love for New Beat. At the end of the 80's a new type of dance music evolved out of the sound of the bass synth TB-303. The '303 was very tweekable and it's distorted basslined became the foundation of a music style called acid. Acid was also heavily influnced by early techno emerging from Detroit and house music from Chicago. In Belgium this merged with the rythms of EBM and a slower pace. During the years 1987-1988 there was hundreds of songs released under the genre New Beat in Belgium.

Svenska Flikka is heavily influenced by New Beat and Johan is trying to make a scandinavian version of the genre called Swedish New Beat. Hopefully there will be a second wave of New Beat emerging from clubs all over europe.
The first song from this projekt is Luxuria and is relesed by Electro Arc on the compilation Net.Ware Xtreme Xperince.