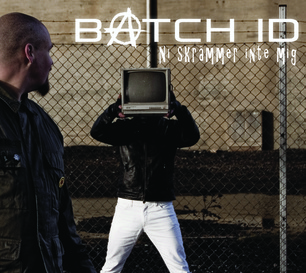 Erik and Johan met in Gothenburg in 2006.

They were both looking for a musical partner and found each other through Myspace. They met up for some beers and had alot to talk about. They decided to try to write a song together and after a few hours they came up with the song Nothing to say, which eventually ended up on the Testosterone album.

They started with the intention of writing electronic pop with alot of cocky attitude.
But the music soon drifted towards being more agressive and faster, with a more punkier vibe to it.

Their visit at Familientreffen IV also inspired the band towards more EBM-like songs.
In 2008 they released there debut album Testosterone on their own DIY-label Closet Freak Production.
In 2009 they released the EP Tanz Anarchie at a gig in Berlin. With the release of the EP the band found their musical direction.

In 2012 the band released the album, Ni skrämmer inte mig, by the italian label EKP.
The record entered the European Alternative Chart and the German Electronic Webcharts.
The band was interviewed by the German magazine, Sonic Seducer, which also reviewed the album.
The album got overall very good reviews in the media.

Furthermore the band had a releaseparty for the album and played live at the classic electro club Romo Night in Gothenburg.
The band got an offer which they could not refuse, which was a gig and a chat/interview in the studio at the Swedish National Radio.

The album got airtime in Canada, France, Poland, Sweden and in the USA.

Batch ID likes to record in the studio but loves to be on the stage.
To be in direct contact with the listeners and other bands have always been important for the band.